This past Friday, January 6th, Candy & I had to say goodbye to the furry critter who had been with us the longest … our cat Frasier. 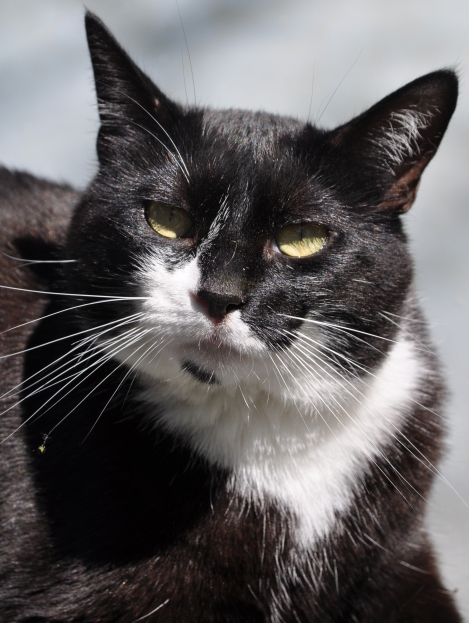 Frasier, who we called “Mr. Laid Back” because of his calm and relaxed attitude about … well … everything … 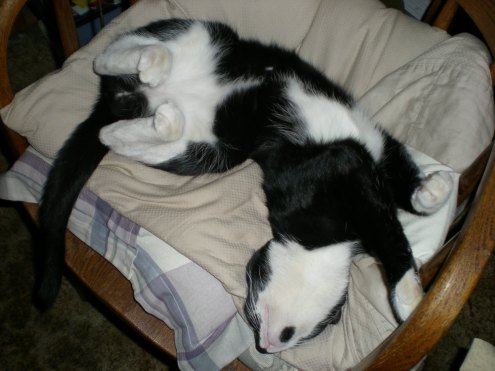 The boy knew how to relax!

… came to live with us permanently on July 26, 2008. An apparent stray as a kitten, he kept turning up at Canyon Manor … where Candy worked … looking for food and attention.

After several days of this, Candy decided to bring him home. One of the three cats she had brought with her to California … Midnight … had died not long before … and Frasier turning up was perfect timing.

We kept him overnight, then took him to the Marin Humane Society … in part to make sure he didn’t have an owner who was missing him … and in part to have him checked out. We signed up to be first on the list if he proved to be adoptable … which turned out to be the case, as there was no report of a missing cat that matched him, he was not chipped and he was in good health.

So, we completed the adoption and brought him home to stay. 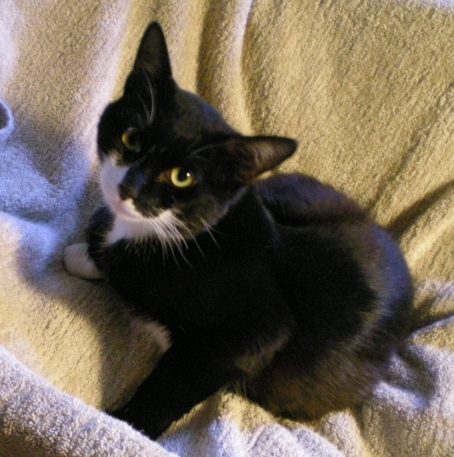 Unlike his feline predecessors in our home, however … and perhaps because he was just a year old … Frasier proved to be both very adventurous and an escape artist. 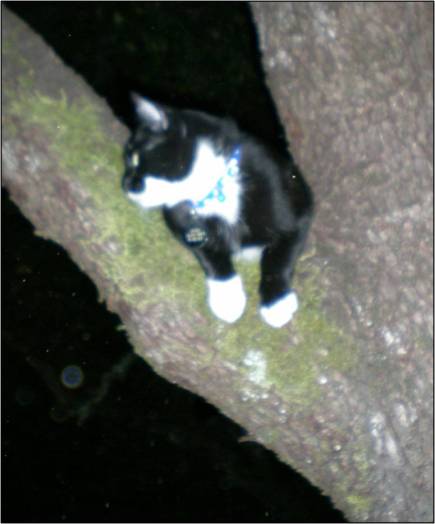 Frasier up a nearby tree after his first escape … 2008.

This necessitated us turning our deck/garden area into a virtual “cat jail” … with wire fencing extending up several feet … and bending in to prevent him from getting over the fence and out of the yard. 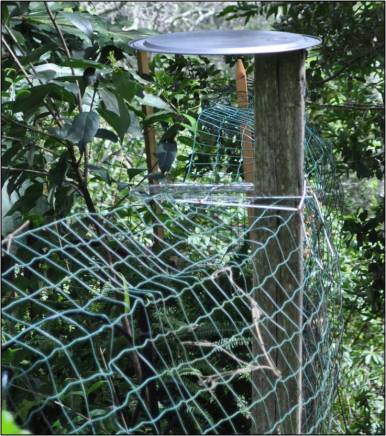 Frasier loved his Mommy … and seemed to know that she had rescued him … of all of our critters, he was closest to Candy. He loved to snuggle with her while she was lying in bed … and going to sleep there. 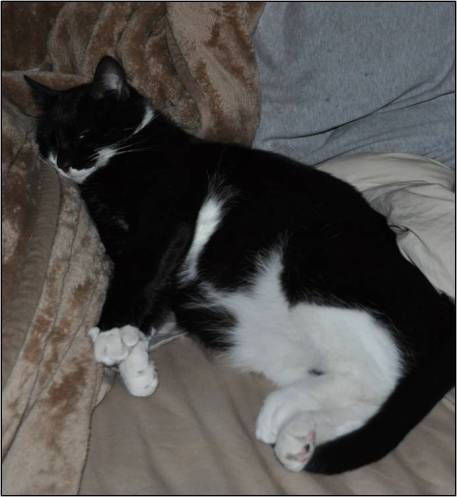 Frasier Curled Up With Candy

Unfortunately, Frasier did not continue to enjoy the best of health. Several years ago, a routine checkup showed that he was suffering from kidney and bladder problems … which required him from then on to eat only a specialized diet of urinary care food.

Then, in the middle of last month, I noticed that his left pupil seemed dilated, regardless of the light … and that he had a build up of some kind of discharge … so, on December 15th, off we went to the vet.

Our regular vet … Dr. Robinett at Bel Marin Animal Hospital in Novato … referred him to Eye Care for Animals in Santa Rosa. The vet there, Dr. Burwell, found that he had a partially detached retina, probably from some internal infection … and prescribed two medications.  We scheduled a follow up appointment for December 30th.

In between, Candy & I were scheduled to travel to Colorado on the 21st … and I was going on to Texas on Christmas Day … both returning on the 28th. So, we boarded our cats, as usual, at Cat’s Cradle in San Rafael … with instructions on how and when to give Frasier his medications.

When I picked up the cats on the 29th, however, I was told that one of the meds had begun to cause Frasier to foam at the mouth … and the Cat’s Cradle vet tech had decided to discontinue them. Frasier seemed very listless and was obviously sick … in some way worse than just an eye problem. That night, I brought him up to my office about 11:00 pm … and shortly thereafter, he vomited up a large quantity of a vile, bloody fluid … at least a pint, maybe more.

The next morning, I took him to his 8:30 am appointment at Eye Care for Animals … and the vet there said he was very sick and needed to be seen by his regular vet as soon as possible. So, back to Bel Marin we went that afternoon … but Dr. Robinett said that Frasier’s condition required emergency hospitalization … so I took him straight to the Pet Emergency & Specialty Center of Marin, in San Rafael.

He spent two days hospitalized there, undergoing a variety of treatments and tests … including two blood transfusions. During this time, I had to drive to Southern California for the wedding of one of my nieces … so Candy picked up Frasier on Sunday and brought him home.

Sadly, none of the treatments were beneficial … likely because Frasier had a serious abdominal cancer of some kind. He ate and drank nothing for four days, lost nearly 10% of his body weight and was just lying around … obviously miserable and in pain.

On Thursday, it became obvious what we had to do … so we made an appointment for the next afternoon at Bel Marin. There, as they always have before … with Midnight, Samantha, Macavity and Nano … they treated us … and Frasier … with respect.

After Frasier’s body relaxed in death, blood began to pour out of his nose … and continued to do so for several minutes … a sure sign that it had once again accumulated in his stomach … and a confirmation that there really was nothing else we could have done to reasonably extend his life.

We … Candy in particular … are going to miss our little man, who has been such a good friend for more than 8 years … and who left us too soon. 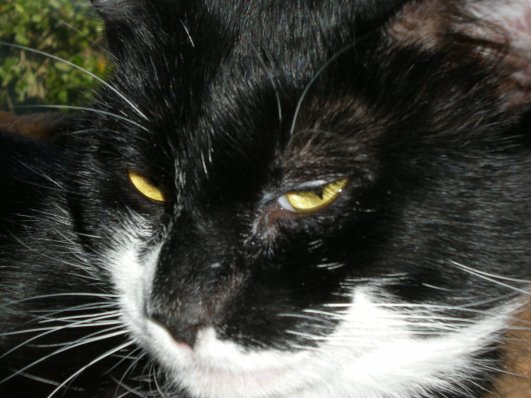 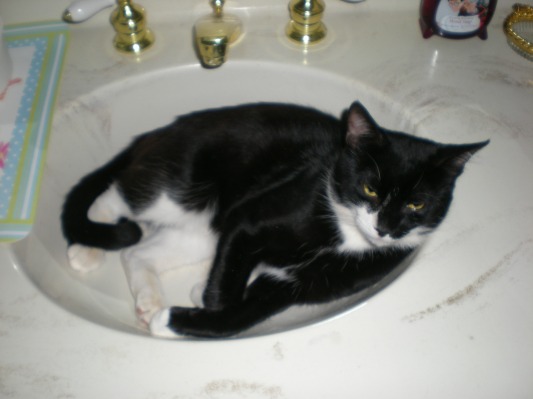 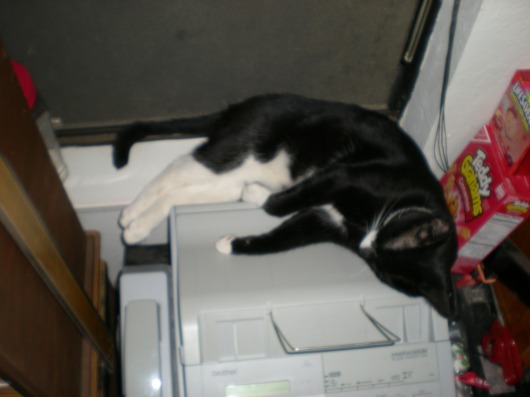 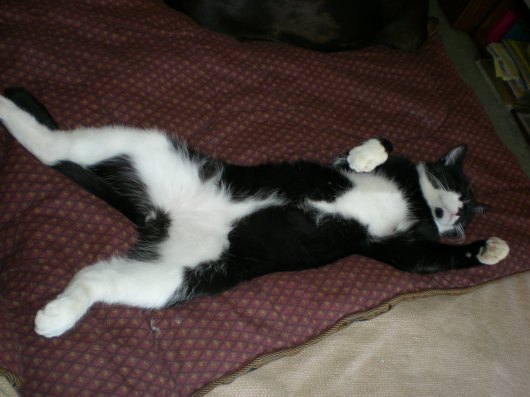 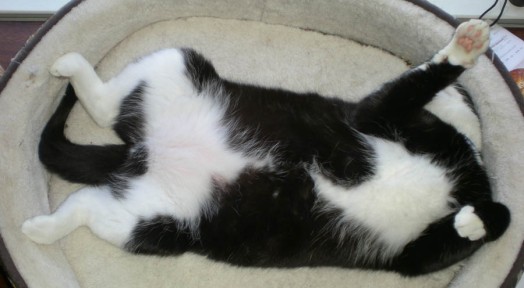 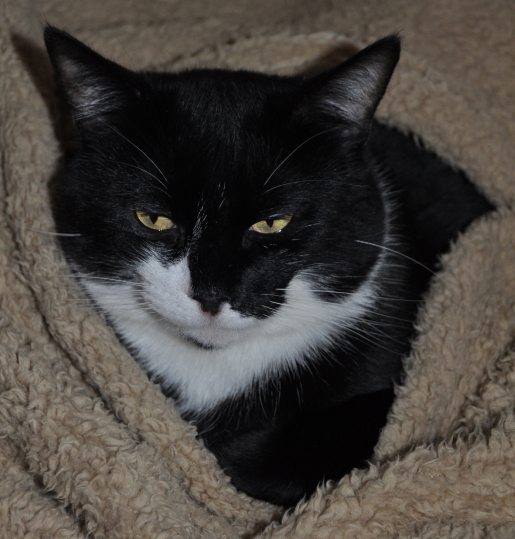 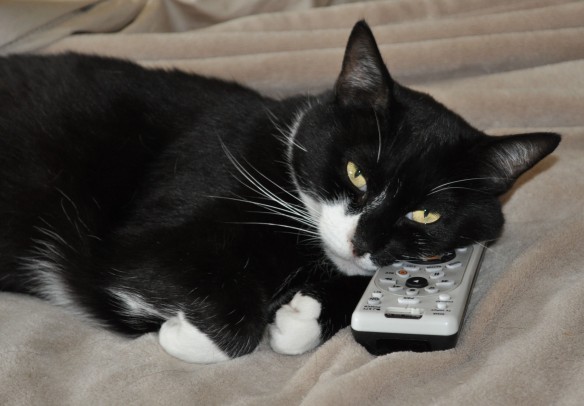 “Do not even think about changing the channel from Animal Planet!” 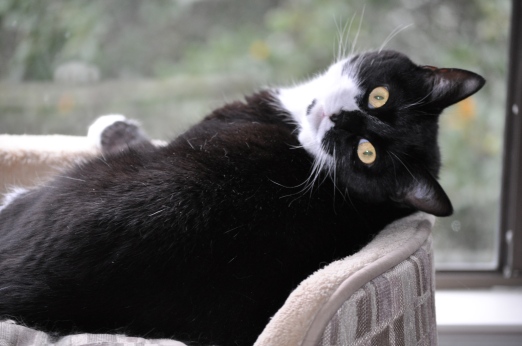 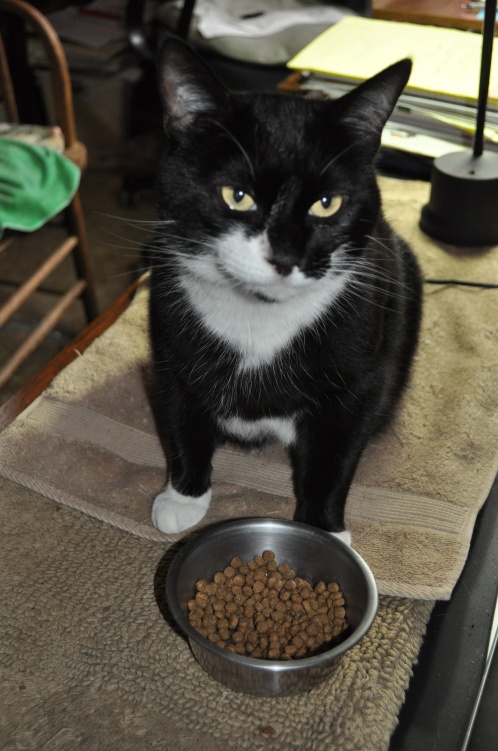 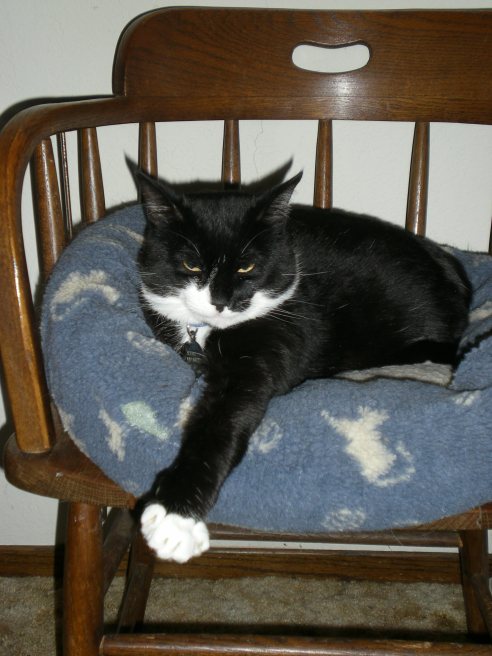 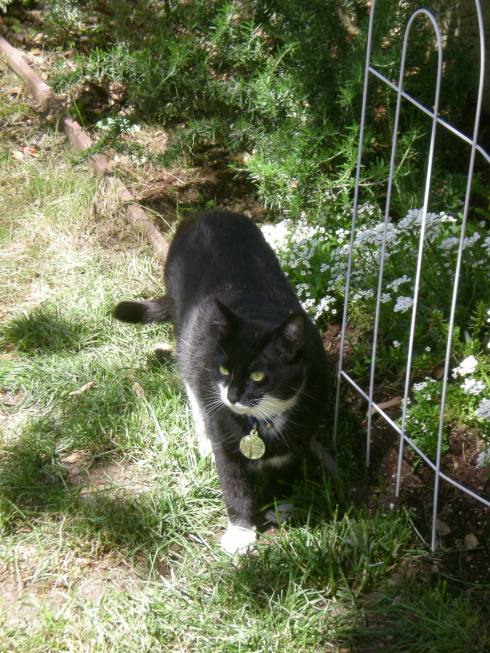 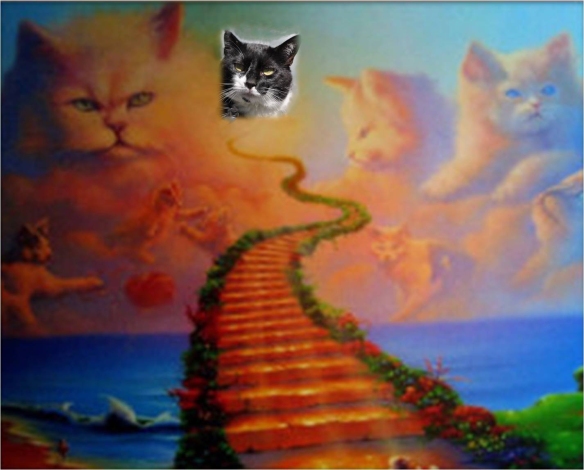 Frasier Over the Rainbow Bridge