Yesterday was another sad day in the Reilly-Davis household, as we had to unexpectedly say goodbye to another of our furry critters, McDuffy.

The Duff Man was six years old when we brought him home from the Marin Humane Society on January 23, 2010. McDuffy was a handsome Maine coon … who had previously been named Monterey … 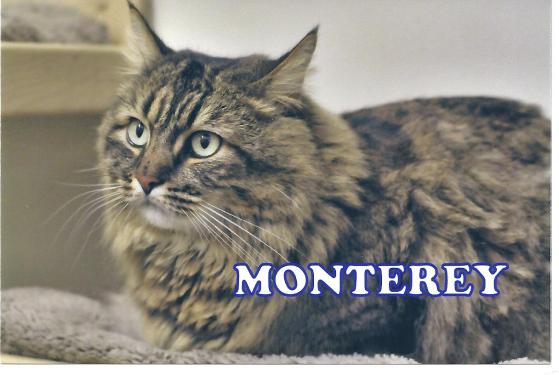 … though we chose to rename him.

He quickly proved to be an friendly, even-tempered and affectionate little guy … before long, he developed a routine of coming up to me while I was working, putting his paws on the side of my leg and looking up at me until I picked him up. He would then snuggle down in my arms, pressing his head against the side of my neck and purring up a storm.  Other times, he would simply climb up on my desk, flop down and go to sleep …

…or would “help” with my work on the computer.

He also became one of Candy’s little napping buddies, lying beside her whenever she decided to take a nap …

… and, because of his stocky build, she began calling him “Bear”.

Right up until yesterday, McDuffy had no significant medical issues … he had slowed a bit the last couple of years … and I had to put some steps next to the desk on which he liked to lie under the window in my office because he could no longer jump up onto it. Otherwise, however, he showed no signs of health problems.

Yesterday, after three nights in a row of four hours sleep, I slept late (past noon) … as a result, I was late feeding the critters their breakfast … I fed them shortly before 1:00 in the afternoon … and Duffy jumped up onto the second level of the scratching post, where I often gave him his food bowl. He seemed completely normal.

About an hour later, Candy left for work … and I went upstairs to my office. At 3:45, I went back downstairs and Duffy was lying on the floor in the living room … in a spot where he often slept. I thought he was sleeping and got down on my knees to give him a quick rub … only to discover that he was dead … and, in fact, rigor mortis was already setting in. I turned him over and saw that his big, beautiful eyes were wide open … but it was obvious he had been dead for some time.

I cried over him for about 15 minutes … then wrapped him in a big, soft towel to take him to the vet’s office. On the way, I stopped off at Candy’s work so she could say goodbye, too … and we had another good cry together. Then I took him to Bel Marin Animal Hospital for a private cremation.

Candy had a tough time at work … having to hide in the treatment room several times to cry … and I didn’t do any better at home.

Apparently … as I learned today … Maine Coons are particularly prone to suffering from hypertrophic cardiomyopathy … HCM … and that they can show no signs of the disease before suddenly suffering heart failure. For cats suffering from HCM, the muscle of the left ventricle is abnormally enlarged or thickened … which strains the heart as it tries to pump blood. HCM is described here:

Of course, we don’t know for sure if this was the cause of McDuffy’s death … though it seems likely … and, short of an autopsy, there is no way to determine exactly what happened. One thing we have learned, though, is that if we ever adopt another Maine coon, we will have him tested for the gene mutation that causes HCM.

This has been a difficult four months for us, feline critter-wise … on December 30th, our most recent arrival, Darby, escaped from our back yard … and we haven’t seen her since:

Then, just a few days later … on January 6th … we had to say goodbye to the cat who had been with us the longest, Frasier:

Because it happened suddenly and we had no time to prepare emotionally, however, losing McDuffy is proving to be the most difficult of the three.

Farewell, Duff Man, we are going to miss you. 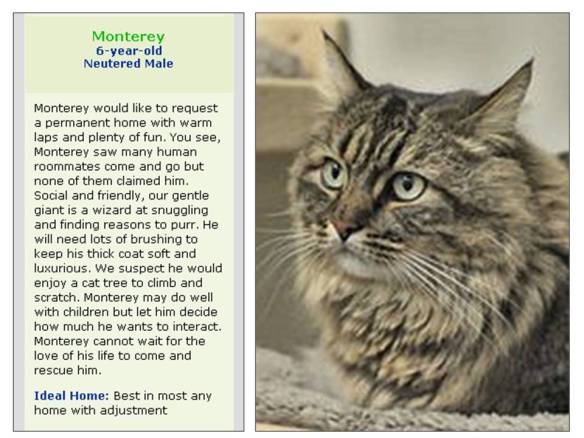 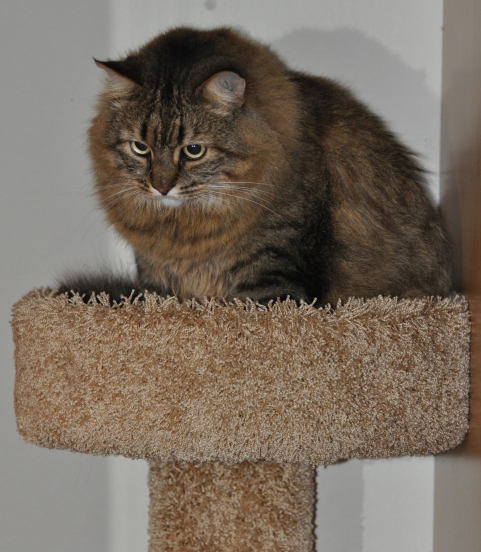 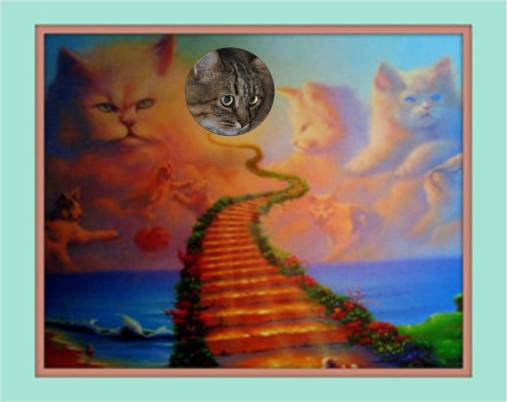 —– McDuffy Over the Rainbow Bridge —–