Today is the 120th Anniversary of the founding of the Mt. Tamalpais & Muir Woods Railway, which carried visitors from Mill Valley up the slopes of Marin County’s Mt. Tamalpais to just below the East Peak of the mountain. 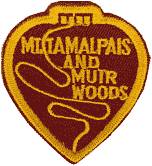 The Mt. Tam Railway operated for 34 years until 1930, when operations were shut down and the tracks torn up.

Most of the old railroad grade was converted into a fire road, which remains a favorite hiking and running trail on Mt. Tam. During my trail-running days, I ran hundreds of miles on the railroad grade.

Three years ago, I wrote another blog on the Mt. Tam Railway, which contains additional photos and information about the railroad and the associated buildings and services: